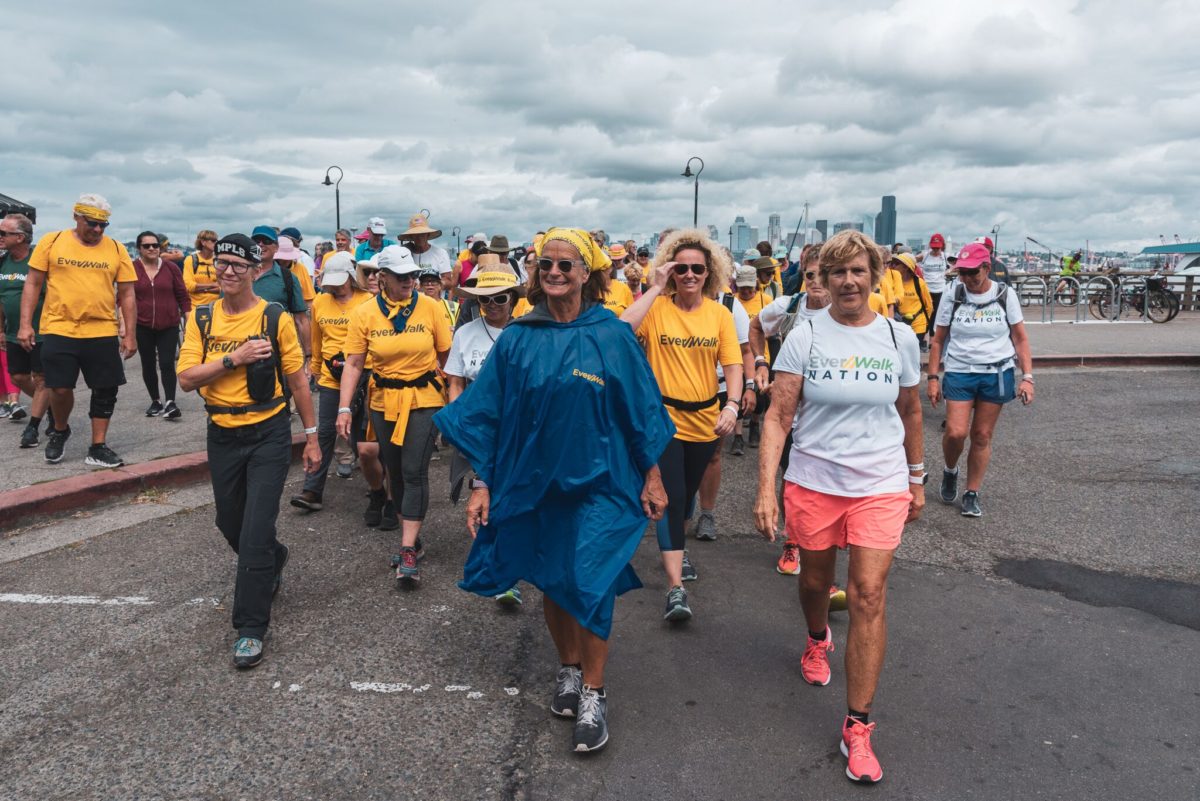 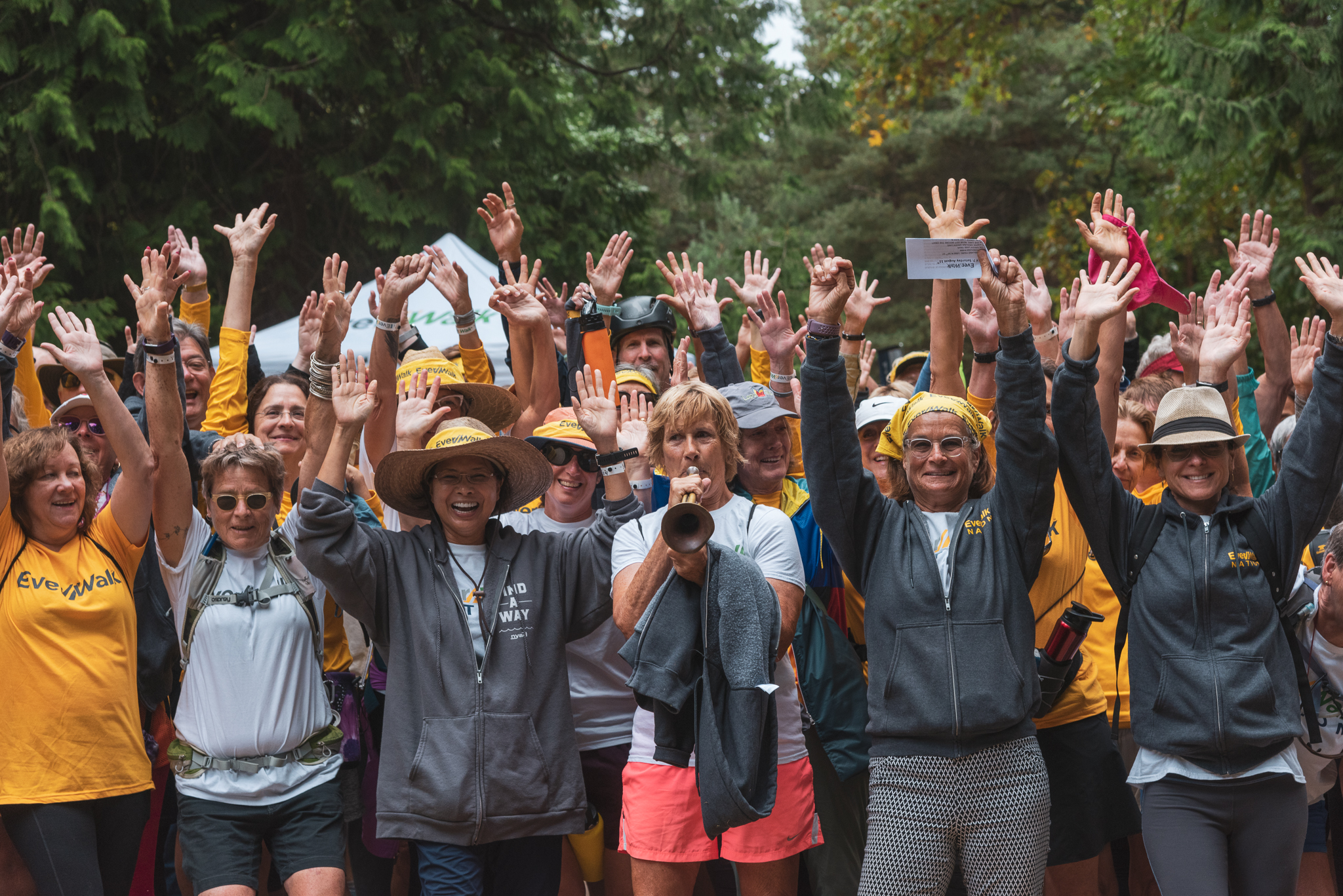 I recently had the privilege and pleasure of helping produce a long distance walking marathon for Everwalk, a walking organization created by world famous endurance athlete, Diana Nyad, and her expedition leader Bonnie Stoll. Just a few years ago, in 2013, Diana Nyad, completed the long distance, 110 mile swim, from Cuba to Florida, at age 64! She succeeded on her fifth attempt, when she swam the distance in 53 hours, without the aid of a shark tank to protect her from the wild. This was something that had never, and potentially will never be done again. To be working hand in hand with Diana and Bonnie, is an amazing experience, as they are both so determined, inspiring, and very clear on their vision and future for the Everwalk national walking initiative. Most of all they are just super EPIC women, who demonstrate that age is really just a number and it’s never too late to achieve something you once thought impossible!

The main purpose of Everwalk is to get Americans of all ages moving. In a time, where obesity and health issues are at an all time high, it has been proven over and over again how beneficial the simple act of walking can be in terms of contributing to not only your overall physical, but also your mental health. 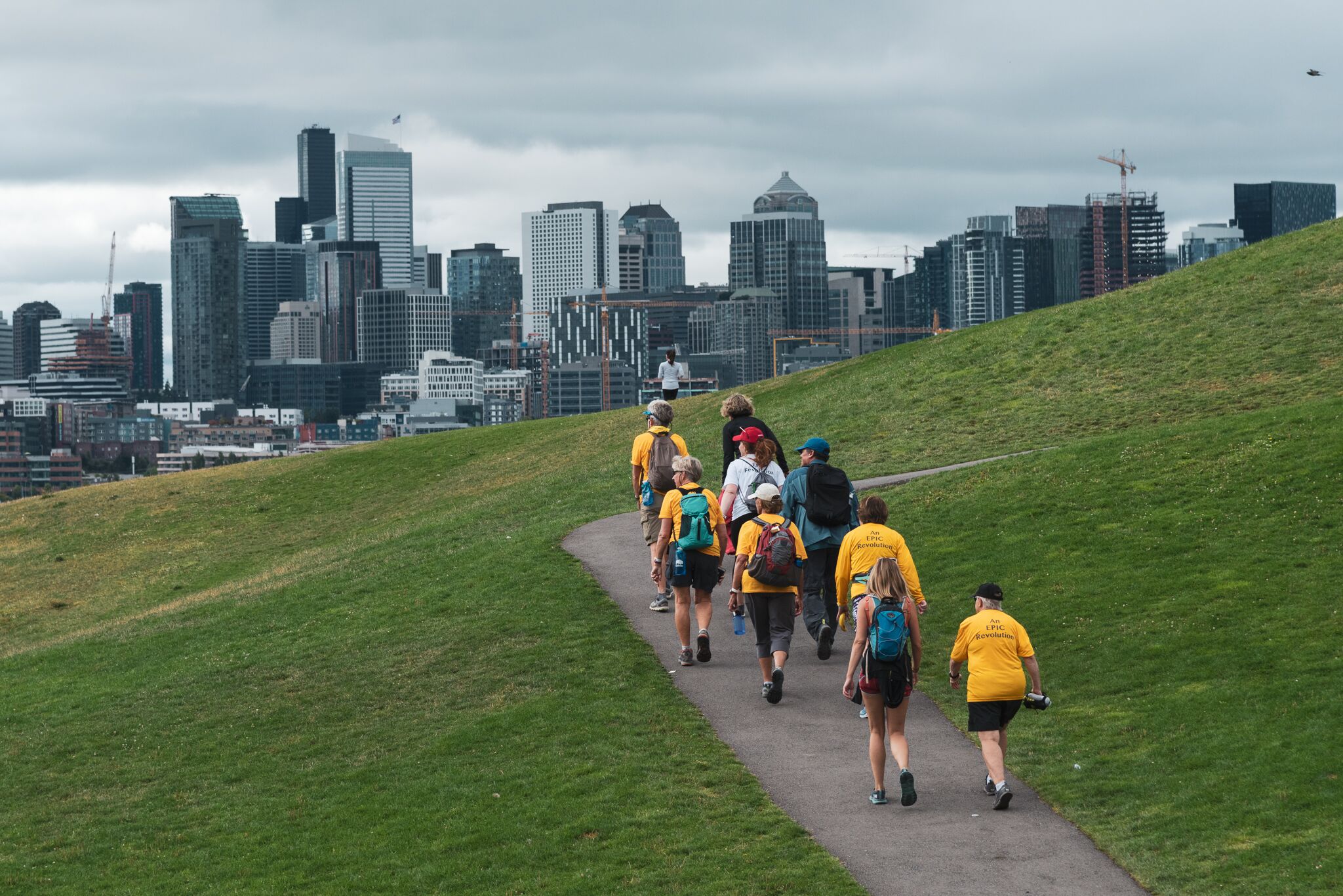 For their third annual mega Everwalk, we designed a route that began in White Rock, British Columbia [near Vancouver] and ended in Seattle, Washington, meaning we would be crossing the US/Canadian Border on foot! The past walks had been from Los Angeles to San Diego (134 miles), and Boston to Main (134 miles). The general size of group ranges from 100-150 people, with an average walker age of 65! Let me repeat that- the average age of the walkers is SIXTY FIVE years old. These people are walking around 20 miles a day, for 7 days straight! I can say that I have done a 2-day marathon where we walked 20 miles, 2 days in a row, and I will admit, I did not feel right for about two months after, and I am young, healthy, and in pretty good shape. I was in AWE of the people that had signed on to do something that most would consider insane! However, capping off each long day of walking with Diana’s inspirational Fireside Chats, is really enough to keep you reminded of why we were all there doing something that most would consider crazy. 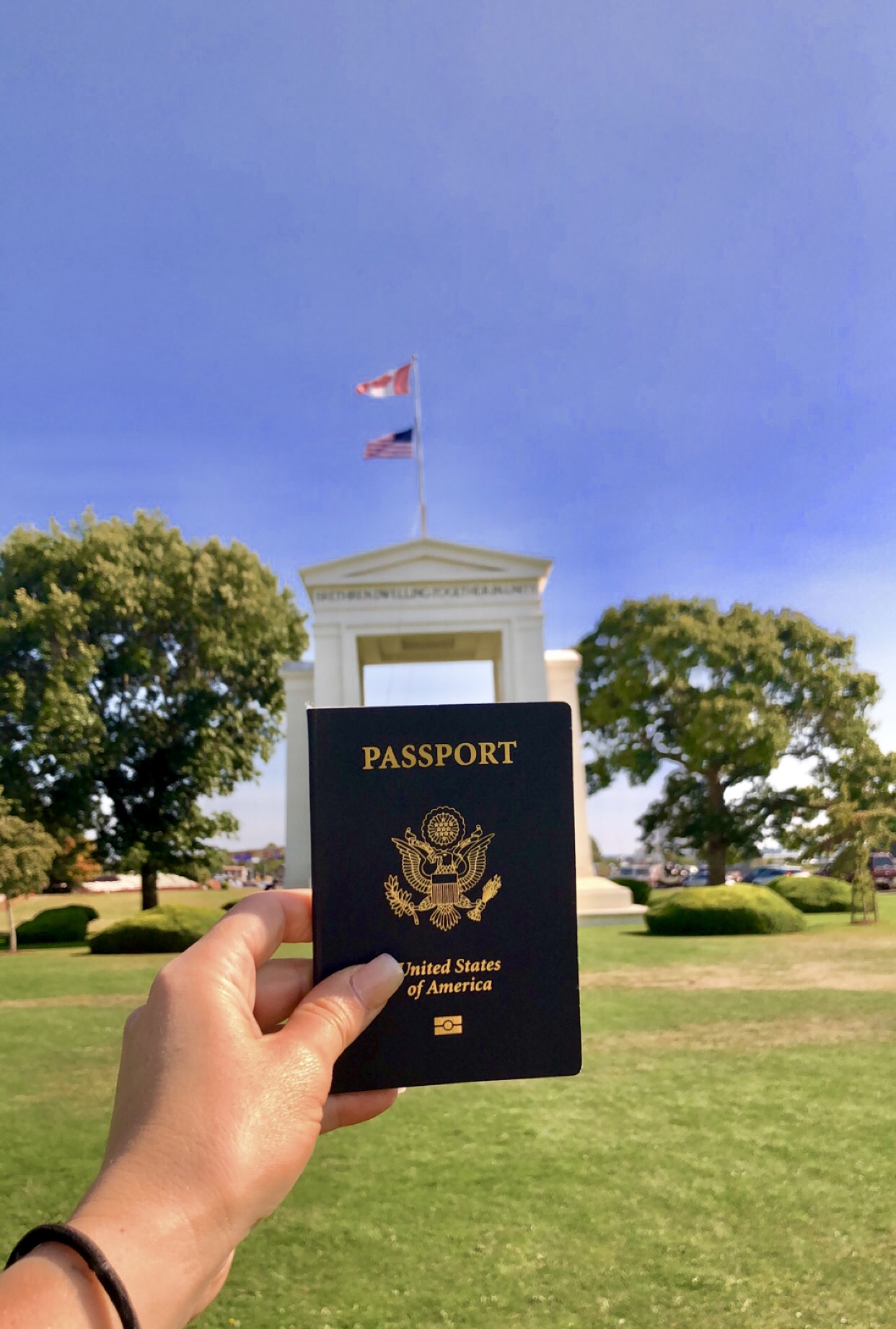 Each morning, the walk started around 7am, meaning sometimes a 5am wake up and then a bus ride to where we ended the walk the previous day (to account for walking the actual distance). We also would change hotels every other night in order to be closer to where we were walking each day. There were multiple rest, lunch, and medical stops along the route, which was labeled by signage, as well as a turn by turn route card that each walker was given. Some days, it reached a high of 90-93 degrees, and try walking even just 5 miles in full sun after three days of already walking 20 miles a day- it is HARD. But the view that the walkers got at the end of each day and at the end of the the 7 days made it ever that much sweeter. Each step propels you forward, as you realize you can’t stop now because you have already come so far. The next walk is in the beginning phases of planning, and there are multiple smaller walks that occur around the nation until that time.

I never thought I would be able to go back to sleep-away camp (because 1. I am too old and that would be weird, and 2. the sleep-away camp I went to when I was younger was mucho expensivo), but this came pretty close to what I imagine adult summer camp to be. Early mornings, fun activities, new friends, new sights and stories, and mostly pushing your body to limits you never thought possible. It was like having a spiritual awakening (it might have been intensified by my severe lack of sleep), and I really cannot wait to participate in the next Everwalk.

What I took away from being a part of this whole experience, was that you can find friends in places you would never expect, that even with running on only 3 hours of sleep a night for 10 days you can still have an amazing time, and most of all, it is really never too late, and you are never to old to get out there and accomplish something that you never thought was physically or mentally possible 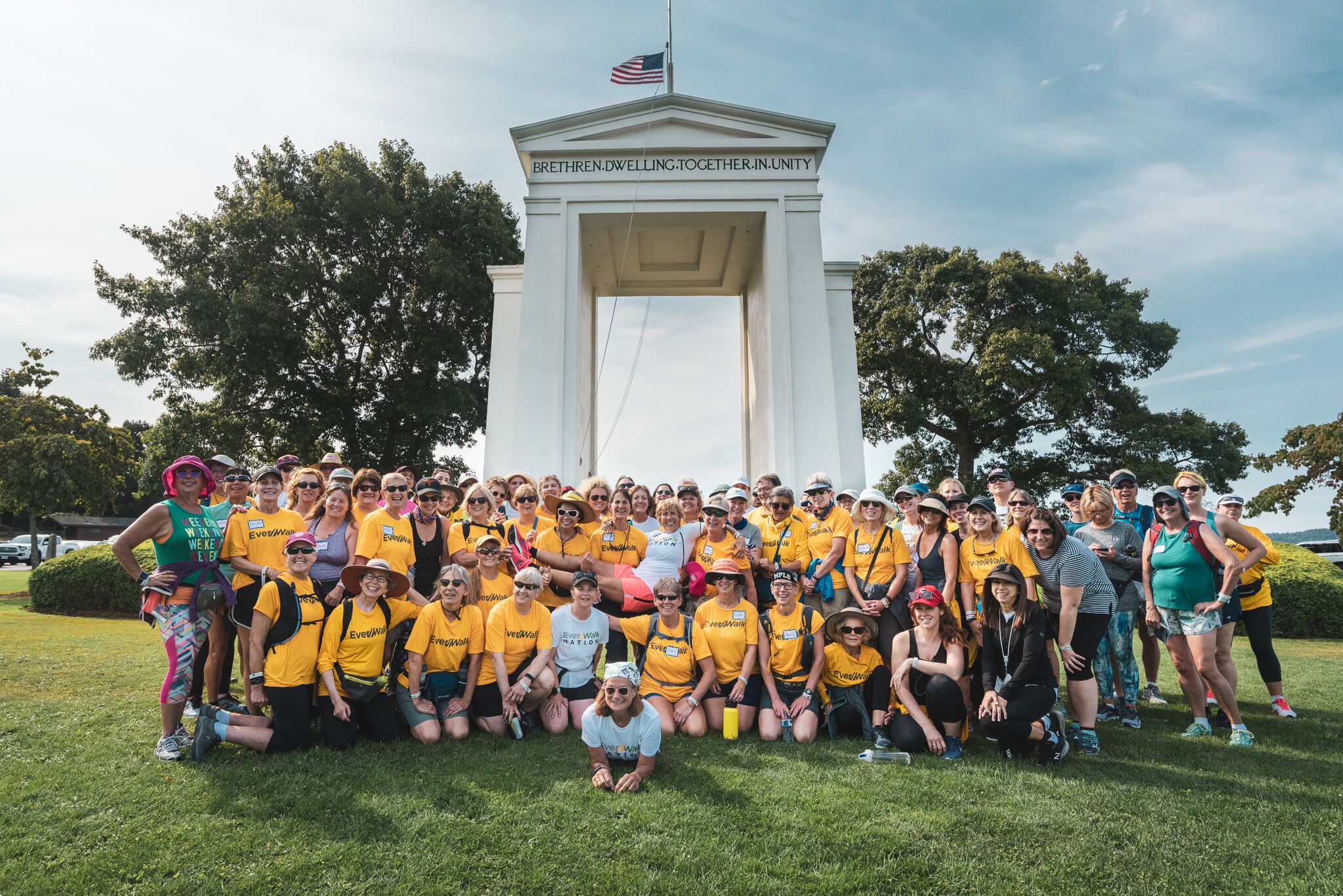 Keep up to date on upcoming walks and events by taking the pledge at Everwalk.com, and follow them on instagram to see more epic images from the past walks!