There is beyond enough to do on the weekends in Los Angeles, but for those who are looking to get in some hump day action to hold them over until the weekend, consider squeezing in a laugh at one of the many comedy clubs that LA has to offer. It’s the perfect concoction of goofiness, greasy bar food and cocktails, all topped with an early curfew. It’s basically like sitting on your couch watching “live” tv (so no excuses for you lazies). Next time you are having a “Mid Week Crisis” because you can’t TGIF, check out one of the following comedy clubs. 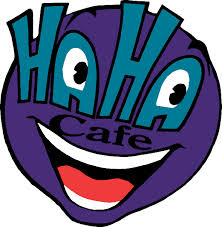 The HaHa has recently moved locations down the street to 4712 Lankershim Blvd. I have been going here for years, and I have NEVER had a bad experience. That saying, you get what you expect; it is a small venue with bar food and a small stage, but every now and then every single member of the Wayans bros family will get up on stage and put on a 3 hour set for the 15 person audience. At the Haha you get anyone from movie writers, to TV personas, and lots of comedians from Last Comic Standing. Wednesdays are “Work Out Wednesdays”, where there are usually 5 comedians, and 3 out of those 5 are fabulous, the other 2 aren’t horrible enough to make you cringe from embarrassment (most of the time).  Ask to get on their email or text list and you will be frequently contacted with great ticket deals. 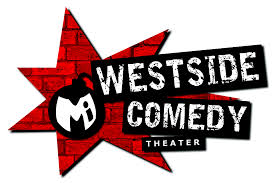 Located in the alley adjacent to the third street promenade (I am sure most patrons get lost just trying to figure out where 1323 “A” is located), is a small comedy theater opened by a group of UMASS grads in 2009. With a long list of celebrity drop ins, this comedy theater is special for hosting a wide variety of comedy related events from stand up classes, to open mic nights, and critically acclaimed solo comedian shows (Dana Carvey will be performing July 26th).  On Wednesdays they offer more improv based sets called The Bear Supply (which begins at 8PM) and Lip Service (which begins at 10PM). With 30 beers on tap and a “no drink limit”, this theater gets some pretty big names for being located in an alley way behind a Johnny Rockets.

If you love Whitney Cummings and Bobby Lee (which I do), then this is your spot. They are regulars, and when I say regulars, I mean that they are there performing or hanging out on any given  night. Sammy Shore was the original owner, and the his wife Mitzi took over the joint, and she recognized that female comedians don’t get the same stage time and respect as male comedians, so she opened up a special room called “The Belly Room” for the women to perform. The spot is now run by Mitzi’s children, and this is where you find the A-list stand ups. I am always a little star struck when I go here. Every Wednesday is a different show, so be sure to check the calendar.

Though this one is a little off the grid for us Valley or West Side peeps, it is definitely something to make a night of. They alternate their Wednesday shows with Whacked Out Wednesday and Hump Day Nasty Show (always featuring a different host). There are plenty of restaurants in the area to get dinner and see a show, in fact Barney’s Beanery is right next door. Grab a drink at Barney’s and then head over to Flappers. Flappers is very active with the NACA (National Association of Campus Activities) and college community, and is continually on tour across the US at different campuses. They even have special family, all ages welcomed events called Two Milk Minimum, so if you are looking for a comedy show appropriate for all ages, then this is your spot!

It all began here for some of your favorite TV personas and comedians like Amy Poehler, Aziz Ansari, Nick Kroll, Ed Helms… the list goes on and on.  This theater has been rolling out our generations top comics for years now. Setting the bar in terms of what is culturally relevant, one of my personal fave shows is their Wednesday Facebook night, where 2 random people in the audience are selected to display their Facebook page on screen where the comics of the night riff off of the person’s posts and photos (show starts at 9:30). The line is long to get in, but tickets are cheap and so worth it. I recommend Sushi Stop next door for dinner, as it is cheap and good quality (and by cheap I mean like $3 for spicy tuna rolls). There is also a few very nice bars next door to grab a drink after (or before- get there early to make sure you get good seats and tix).

Like I said, anytime I am in one of those  mid-week, what-am-I-doing-with-my-life, who-am-I, moods, I like to go to a comedy show, and I always leave re-calibrated and ready to roll the following day!